skip to main | skip to sidebar

It took me some time to decide not to abandon my blog, casting away the frustrations  that was eating me up in the recent months, seeing my recipes repeated elsewhere. I wonder how, even their food experience seems to be same as mine,  May be, if I happened to say, I saw an ant swallow an elephant, I guess even that would be replicated! 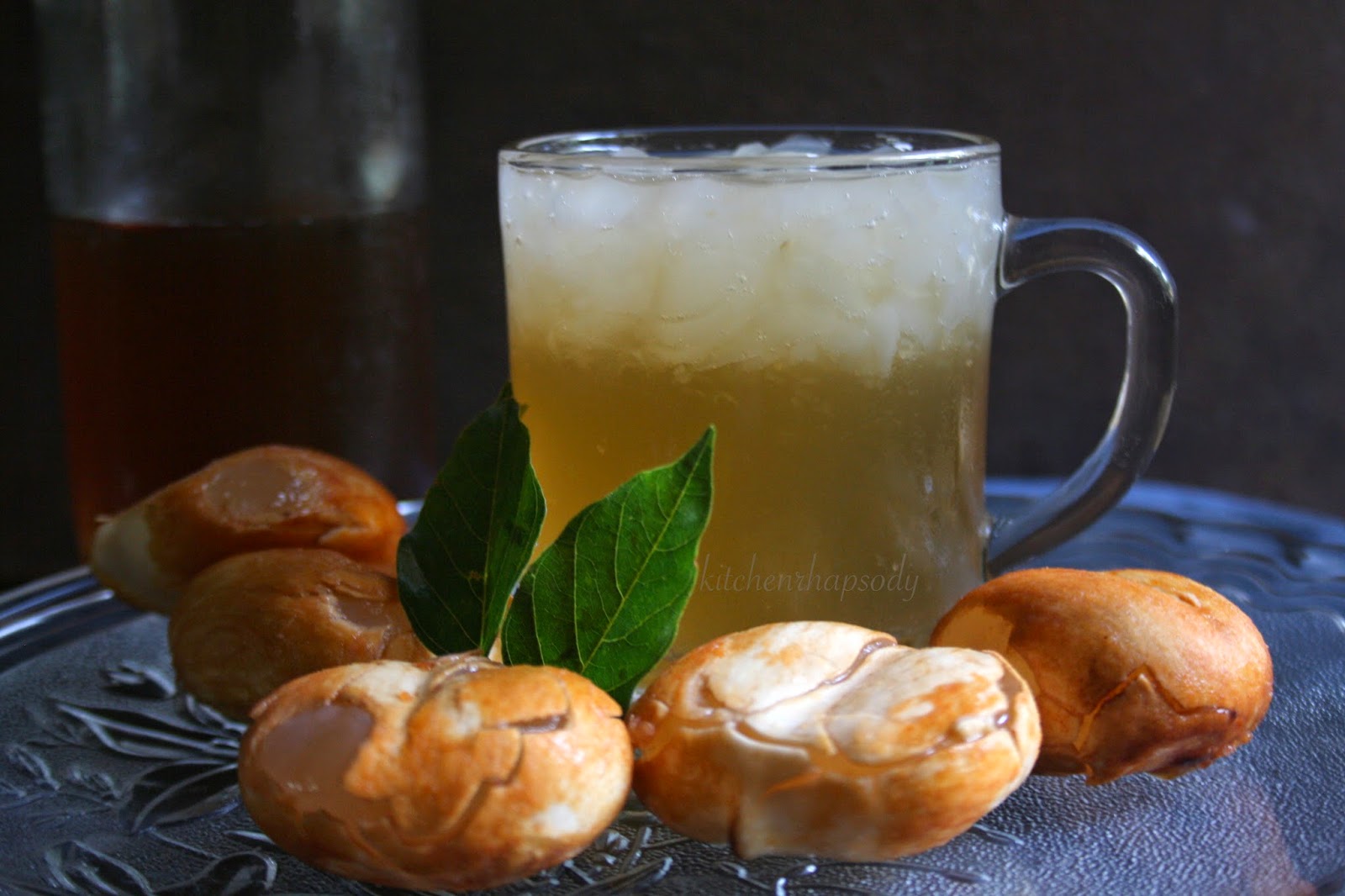 Perhaps everything comes with a price for a reason I suppose! As I sit to compose a post every time, I am thinking I don’t want to share this here, as I know there’s going to be similar version of my recipe elsewhere sooner or later and that has prevented me from posting several recipes, which I guess will be saving them for reasons I don’t know right now. Here I am, staring at my almost abandoned blog, still learning to ignore such annoyance and trying to keep my blog alive. 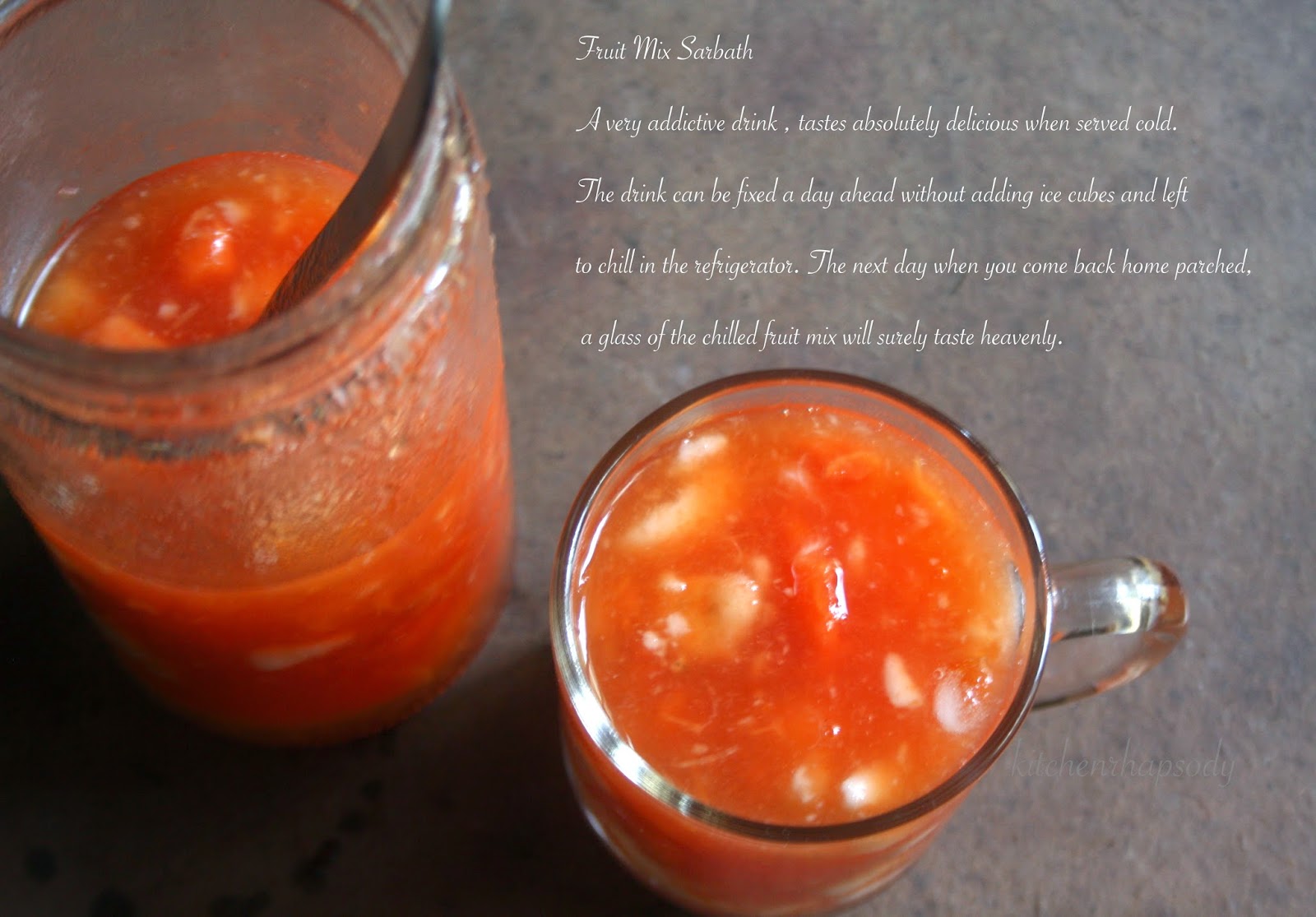 The following recipes are a summer treat for all genuine readers of my blog. Two beautiful drinks that I have enjoyed always and happy to share. 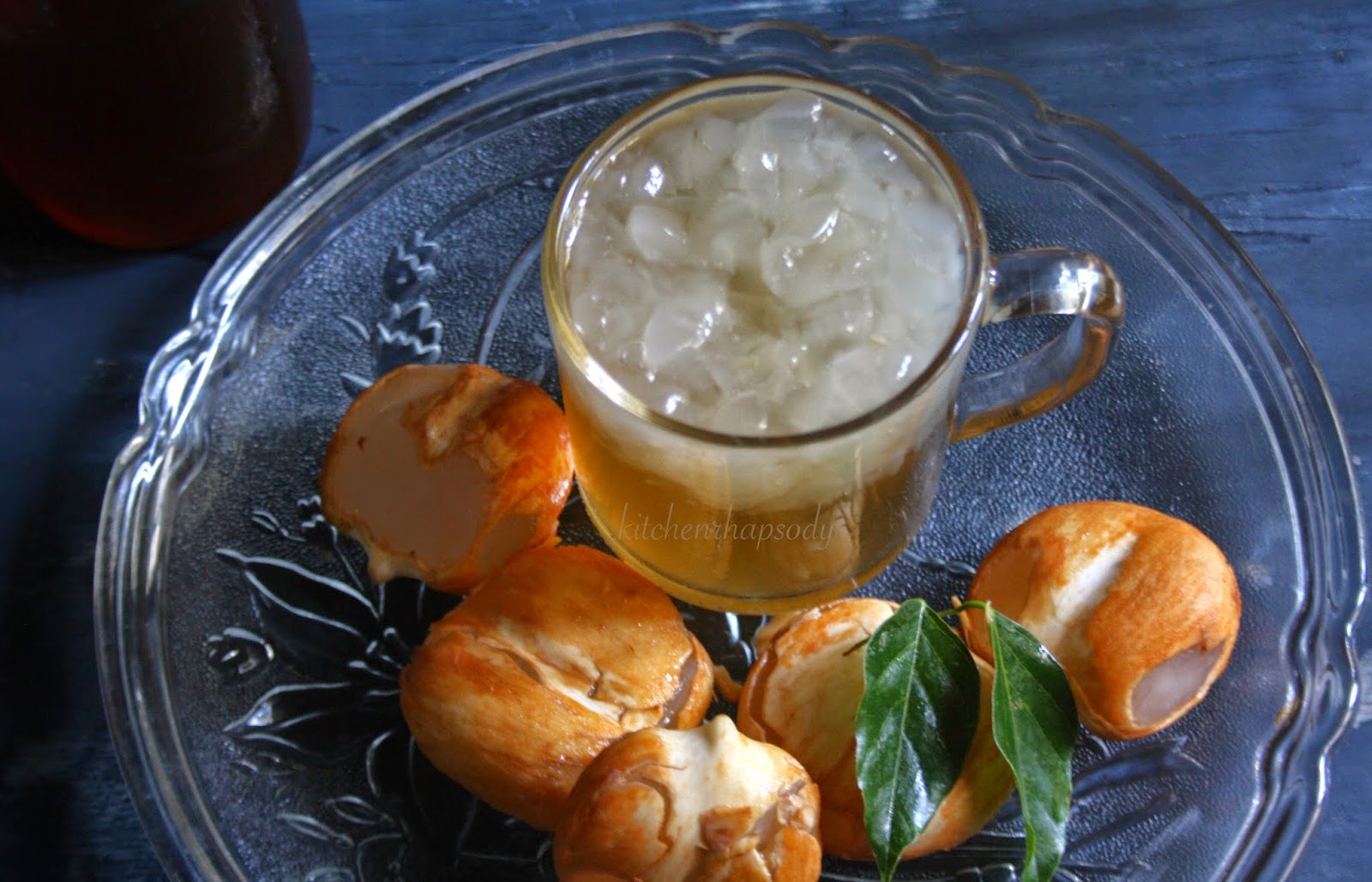 Fruit Mix Sarbath
It was a sunny April afternoon in the year 2000, when one of my colleague asked me If I wanted a fruit mix, as they were going to send someone to buy. They wouldn’t believe me when I told them I don’t know what a fruit mix was. Soon, the fruit mix came parcelled in several small plastic bags and they all began to gorge on the drink.When I was offered my share, I told them to reserve until I finished my work. Hours passed by and finally when I finished my work and asked for my share of the fruit mix, they happily told me they finished my drink too as it was too tempting! I didn’t complain, but the curious drink just stayed in my head. 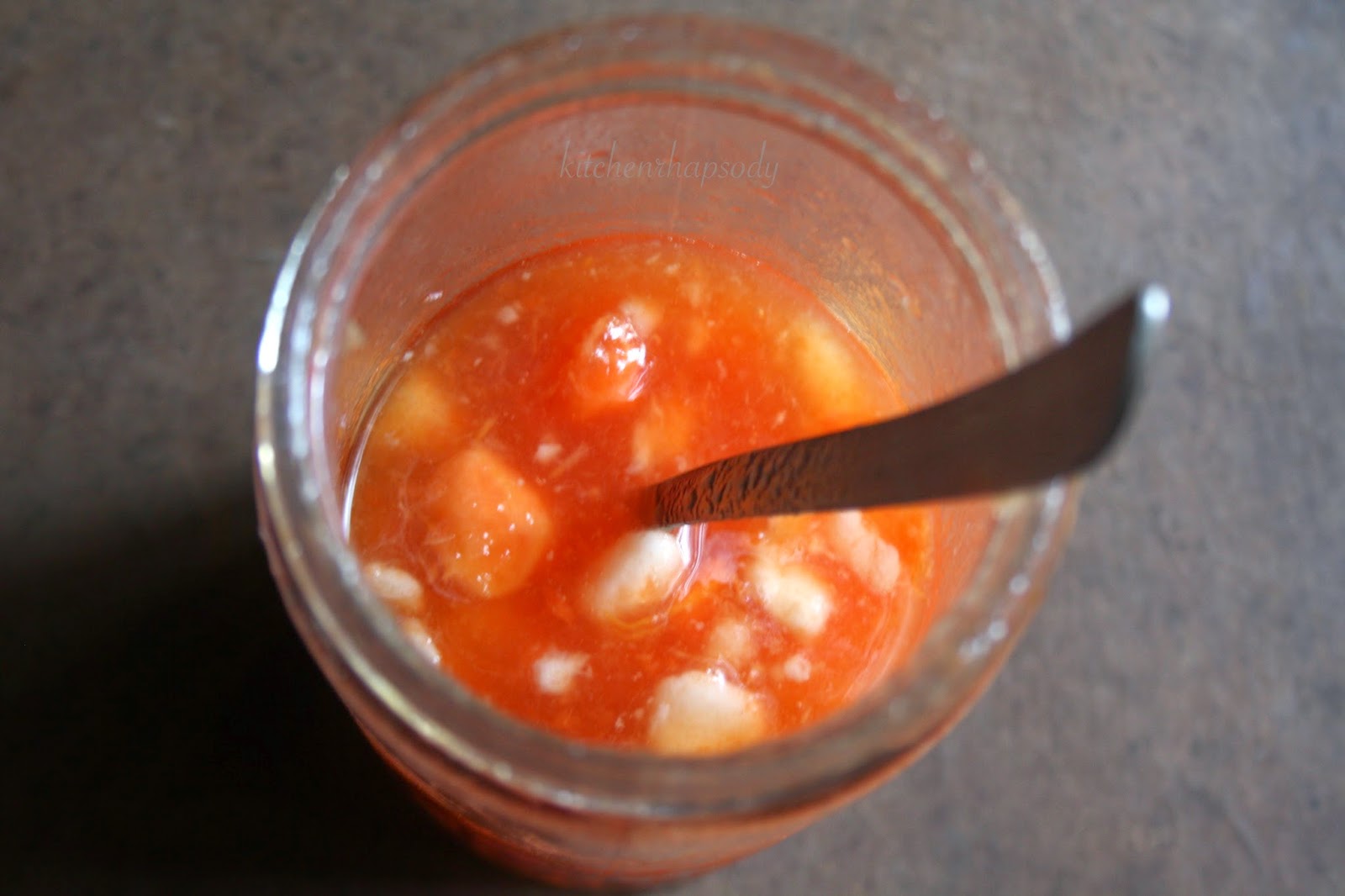 A few years later, stepping down from the bus holding my son’s hand, once again on a sunny april afternoon walking towards my parents place, I decided to treat myself and my son with a fruit mix not just to quench our thirst, but also my ever pending thirst for the fruit mix that seemed eternal and so for the first time, both of us had our first fruit mix and do I have to tell that we did have another glass of fruit mix each? 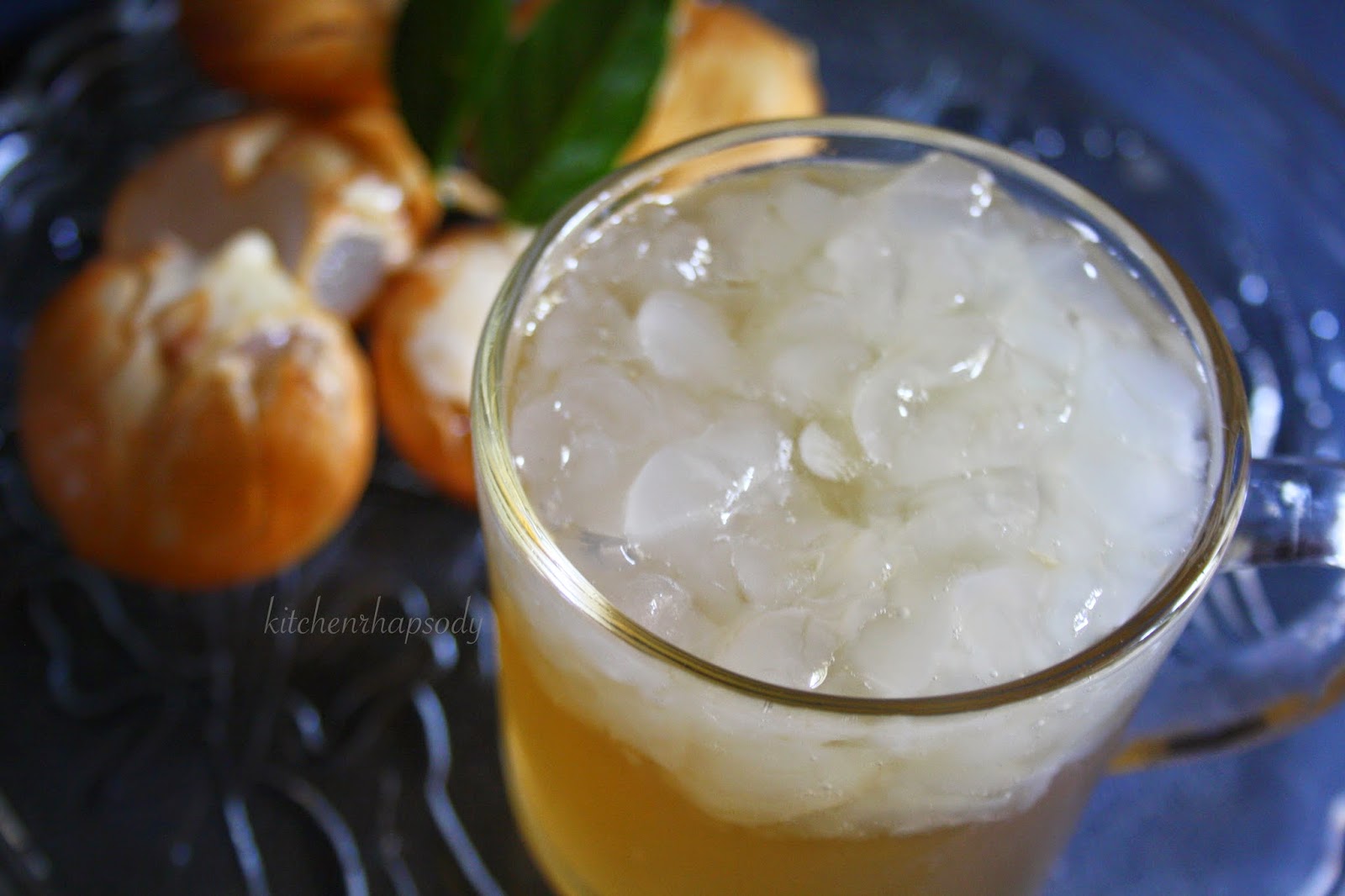 It became a habit every year to stop by the shop for the fruit mix, until one day when the shop was closed forever and I ended up enquiring another fruit juice shop if he had any, which he didn’t and he told me sheepishly," if only you know how it is made, you wouldn’t be asking for the drink"!
Now, that I know why he said so, I make my own and summer needn’t be that terrible, if you have such delicious drinks around you. 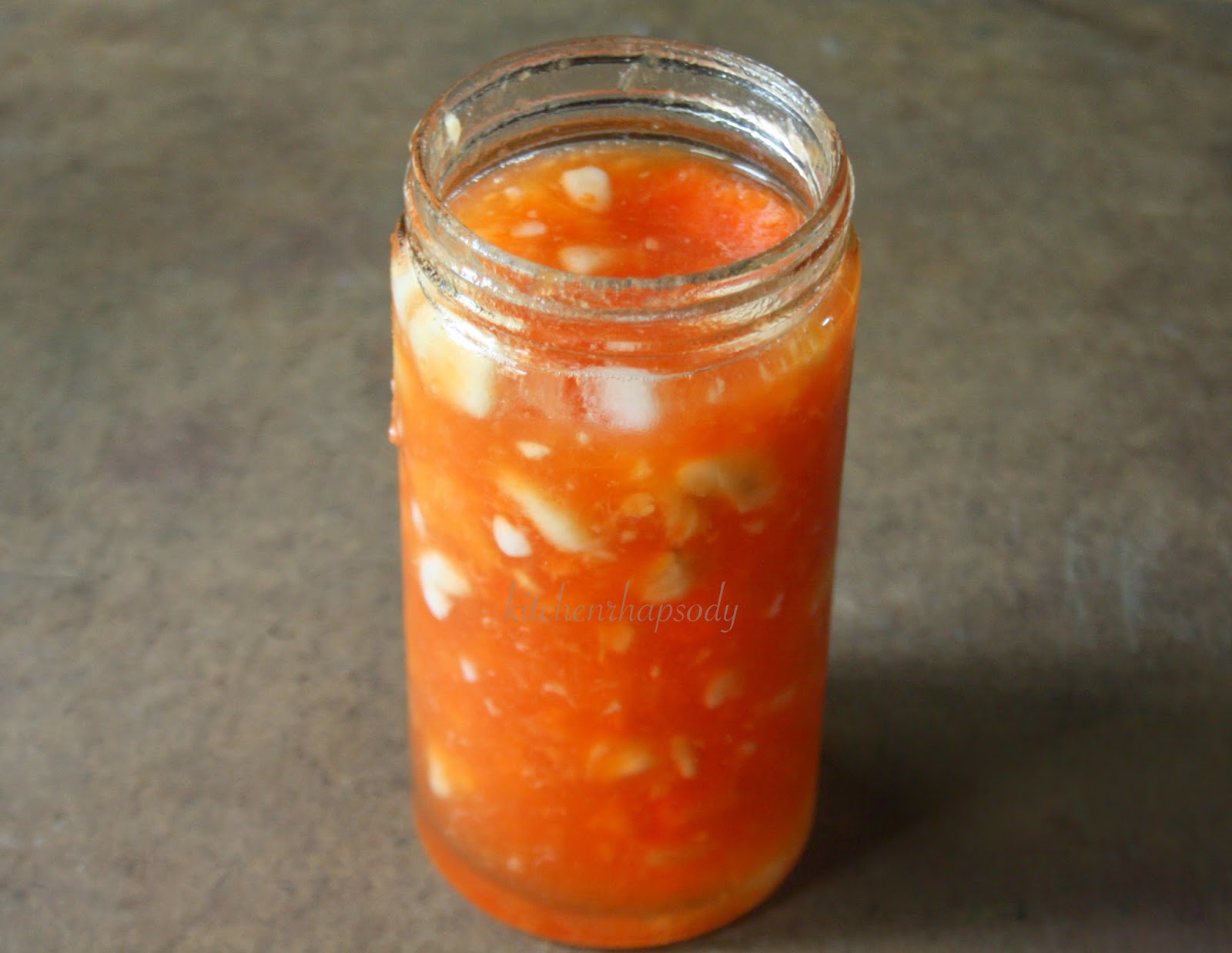 If you wonder how can a fruit mix that sounds and appears like a super healthy drink can possibly go wrong, I suppose fruits that were too ripe or not fit for sale were used up to make this drink ( that usually gets thrown away or goes wasted causing loss for the seller) As a drink it actually benefits them by giving profit and in the disposal of second quality fruits. 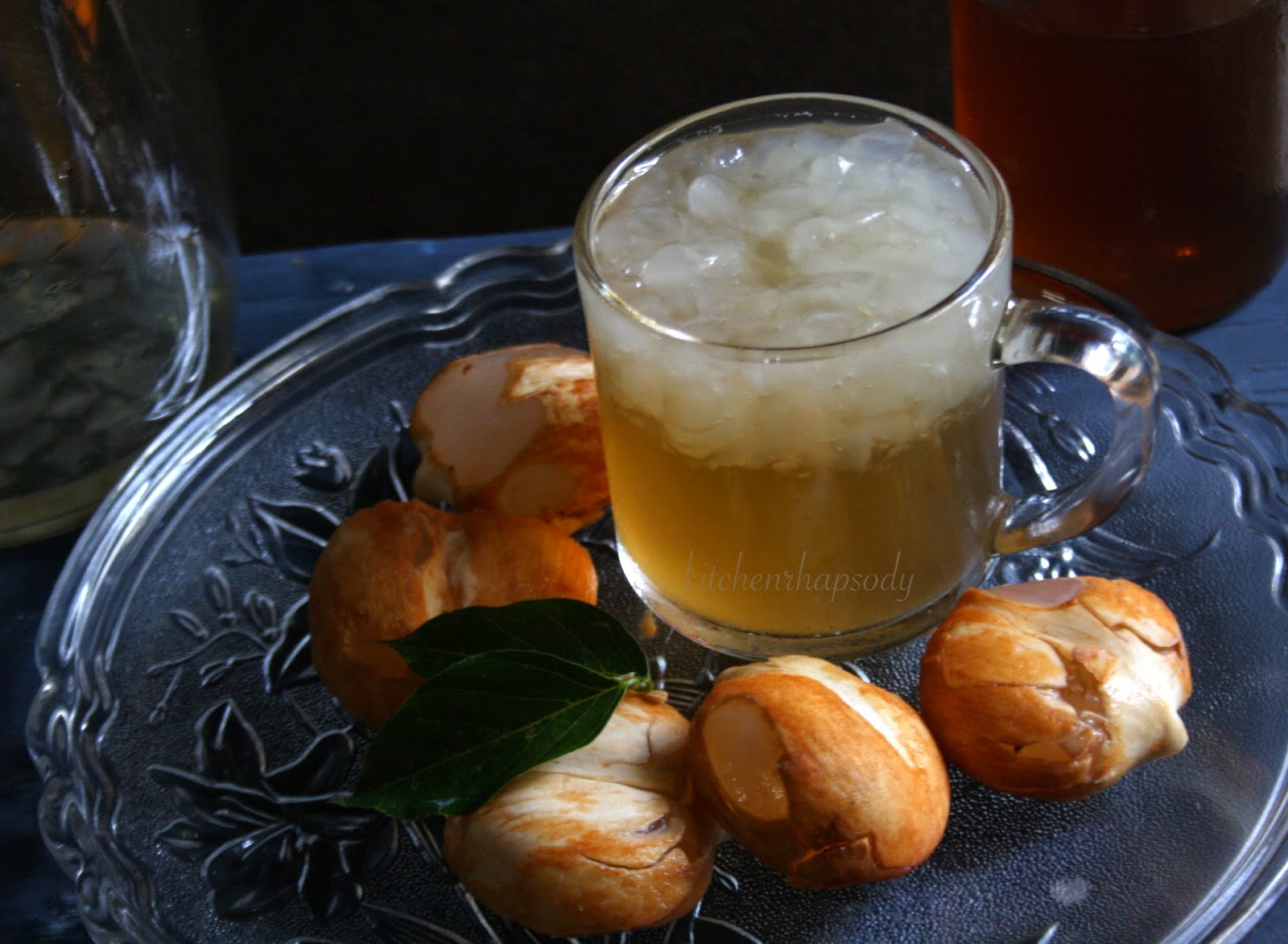 Nongu Sarbath
Travel down south of Tamil Nadu, especially towards Nagercoil, you will find men and sometimes women standing by the National Highway Roads, with a big bunch of tender Palm fruits by their side, a sickle in their hand, coloured sarbath bottles, ice box, several glasses, a steel bowl and a steel tumbler, all arranged on a stool, ready to fix the drink when asked. During our road trips, I usually give a heart attack to people who drive, by suddenly shouting to stop the car if I ever spot palm fruit by the road side. Now, people automatically slow down when they spot one and would look at me for confirmation. 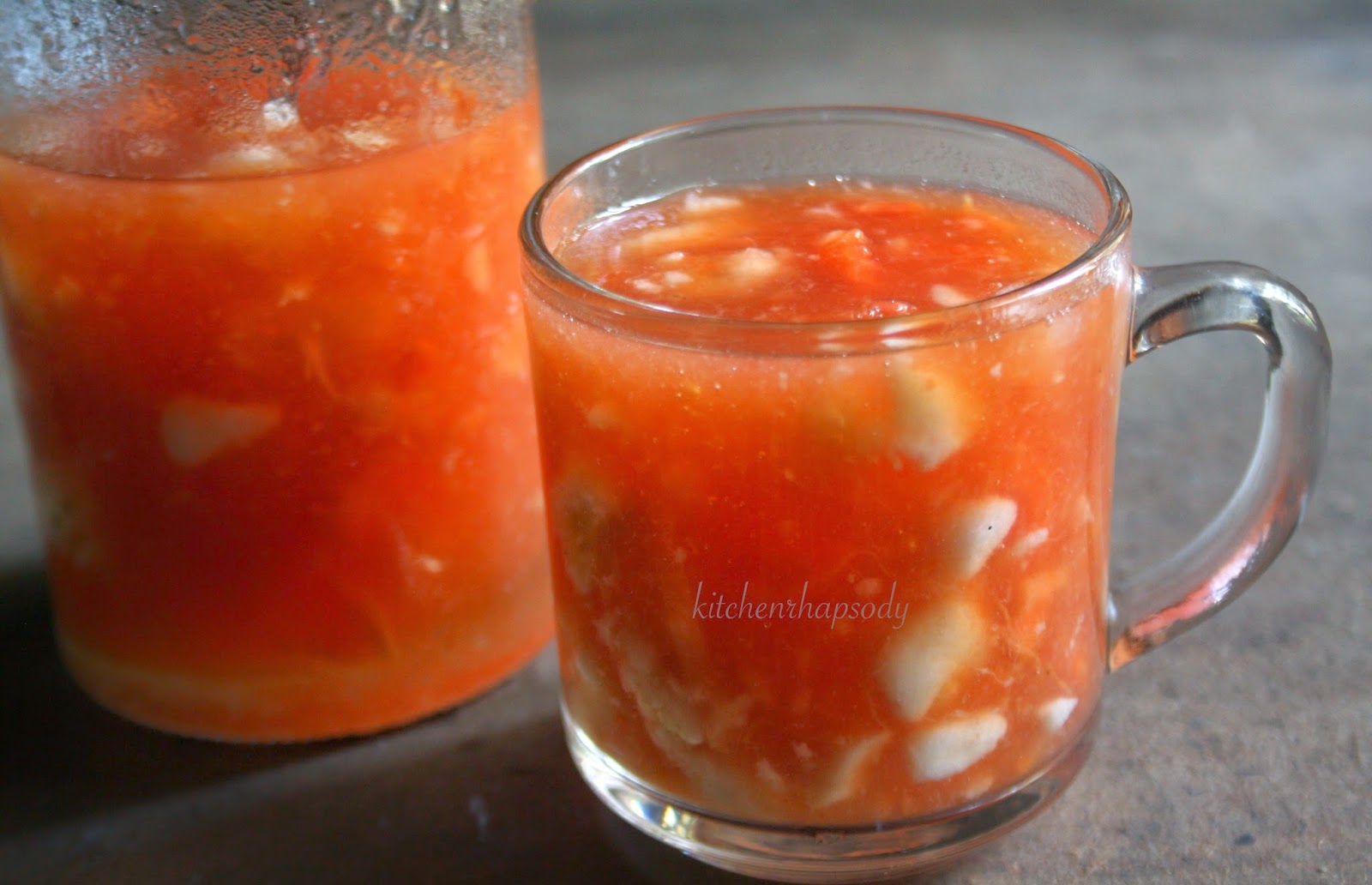 Recently, I was more than surprised when I spotted nongu sarbath being sold this past january during our road trip down south, as it wasn’t even summer yet and naturally we gave the woman who fixed our nongu sarbath a good business for the thirty minutes we stayed there. As she was slicing the palm fruit to extract the tender ones, we rummaged her small stall of snacks, murukkus made in coconut oil stacked in glass jars and we tried to knock down tamarind fruit from the trees near by throwing the dried palm fruit husk and we went for a second drink when we knew just one glass of that delicious drink wasn’t enough.  The palm fruits were really tender with a light skin which she used them all without peeling it and I have shown the exact method she did to fix the drink for us. I still remember my father teasing her saying that, "what an ingenious idea, you don’t even require a mixie"! 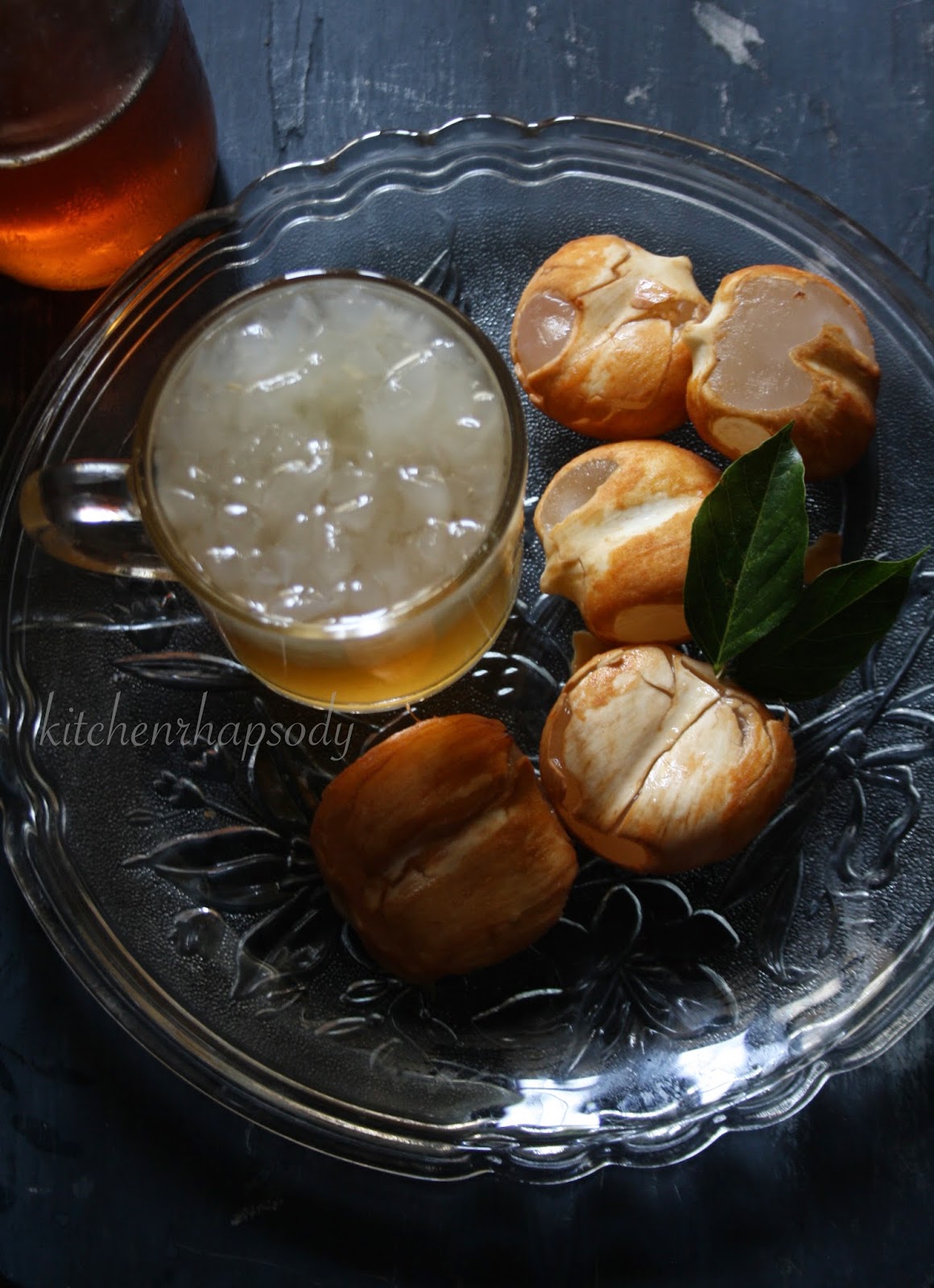 You’ll have to watch the video to learn how to fix these drinks, as it will be much easier to understand when seen.
Watch the video for the recipe

Note:
All the syrups mentioned in the video can be homemade and the recipes are already given in the blog.
You can always add water if required, if you find the drink too sweet.
Can squeeze in some lemon juice to the drink for added taste. 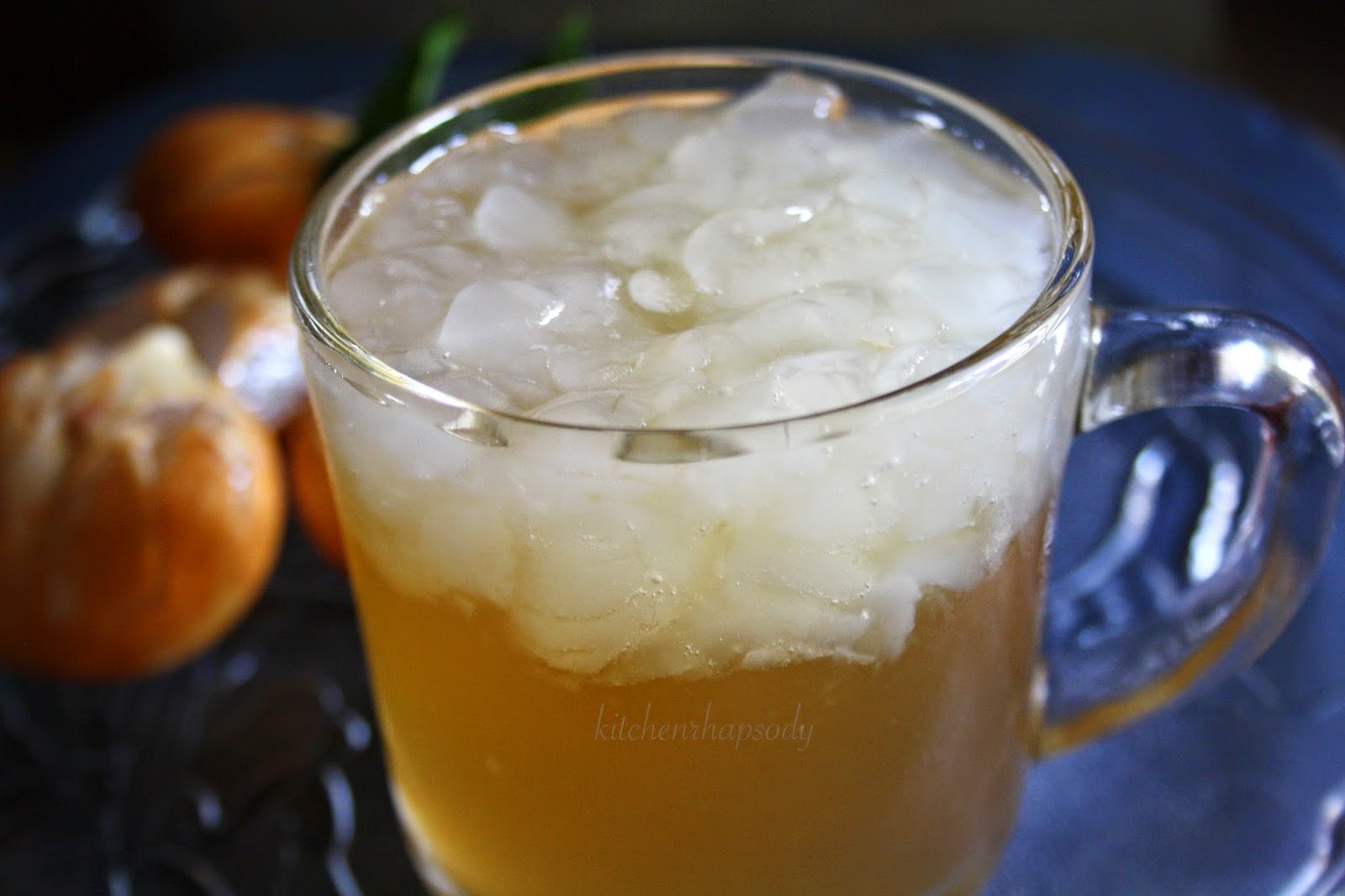 Tell me what you think
Hiya all,
Finally on this day of october the 1st, 2012, I have decided to include the comment form, after a long gap of two years. But, I am going to be a bit selfish here and keep all those nice and lovely things that is said for me and only me to cherish and will be sharing any queries that requires clarifications and your experience about the food if you have tried my recipes. So, drop in a word if you have anything to say and thanks a lot for stopping by.
"Have a nice day"